So full disclosure - for my monthly thoughts piece, I was already planning on writing about the Coronavirus, but really more from the perspective of the Chinese economy, and not from the perspective of the recent global equity sell-off. But I did want to address the equity sell off before I dive deeper into my original thoughts. I often times jokingly ask Stanley – “hey why are markets up today?” and, on occasion (and it really feels like on occasion), “hey why are markets down today?” Very often times there is very little reason for movement, but markets move nonetheless. Now, over the last two days, the markets have moved downward because of the continual negative impact of the Coronavirus. So the question now is this – why do we invest in stocks?

A very simplified reason is that we expect stock price, over a certain time, to go up in value. Typically it goes up in value because the company exhibits growth. We expect the stock price appreciation to outweigh the stable return of cash sitting in a bank or cash that’s lent out to governments and corporations (bonds). So in the fourth quarter of last year, when the S&P 500 appreciated 9.88%, investors bought the underlying stocks (or passively bought the index) because they felt that those companies would exhibit growth. 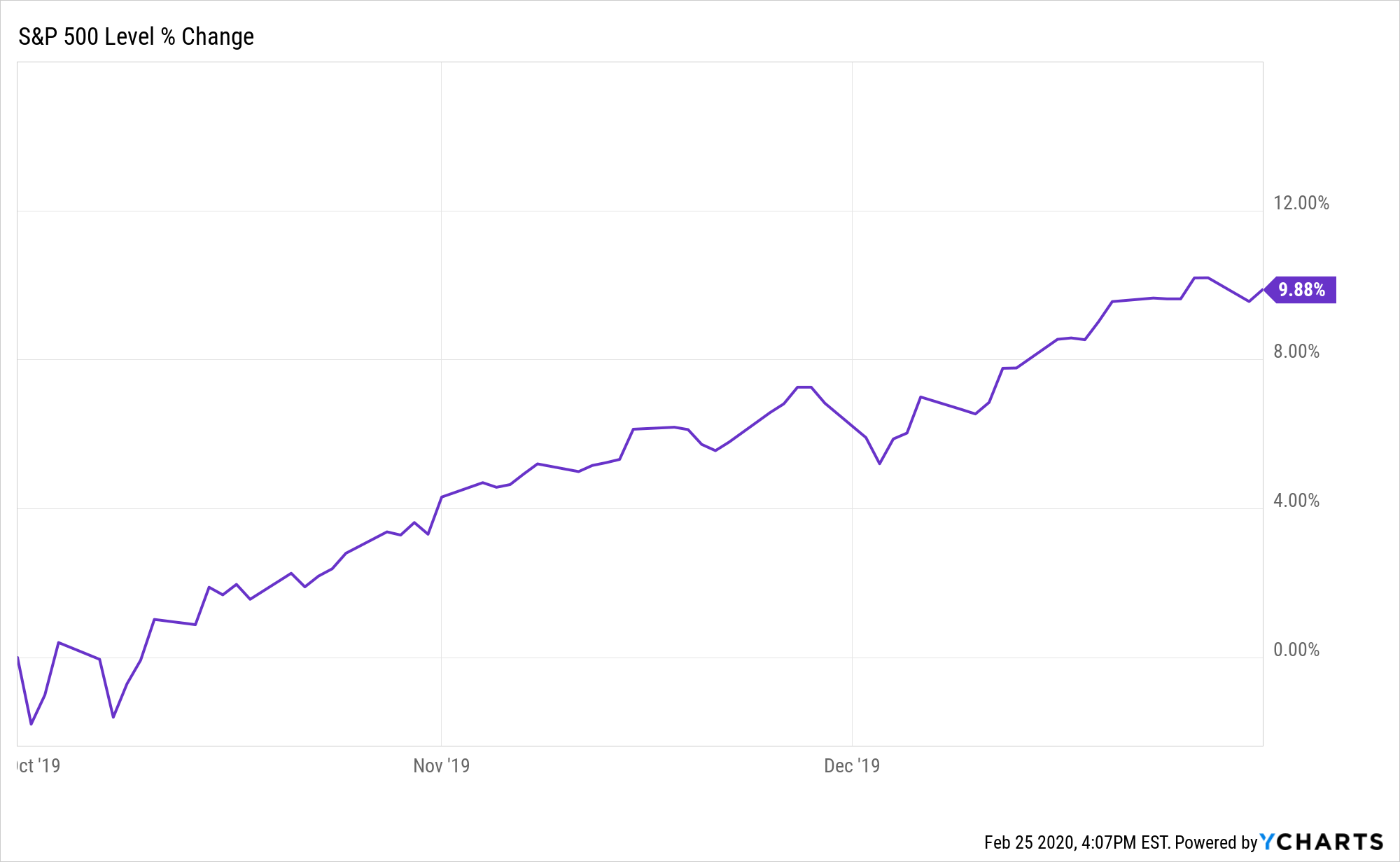 Now, as I mentioned in my January newsletter, once the Coronavirus outbreak happened, investors around the globe reset their growth expectations for equities and moved some of their capital into safer investments. But, through February 19th, it was still a good run for equities in 2020. 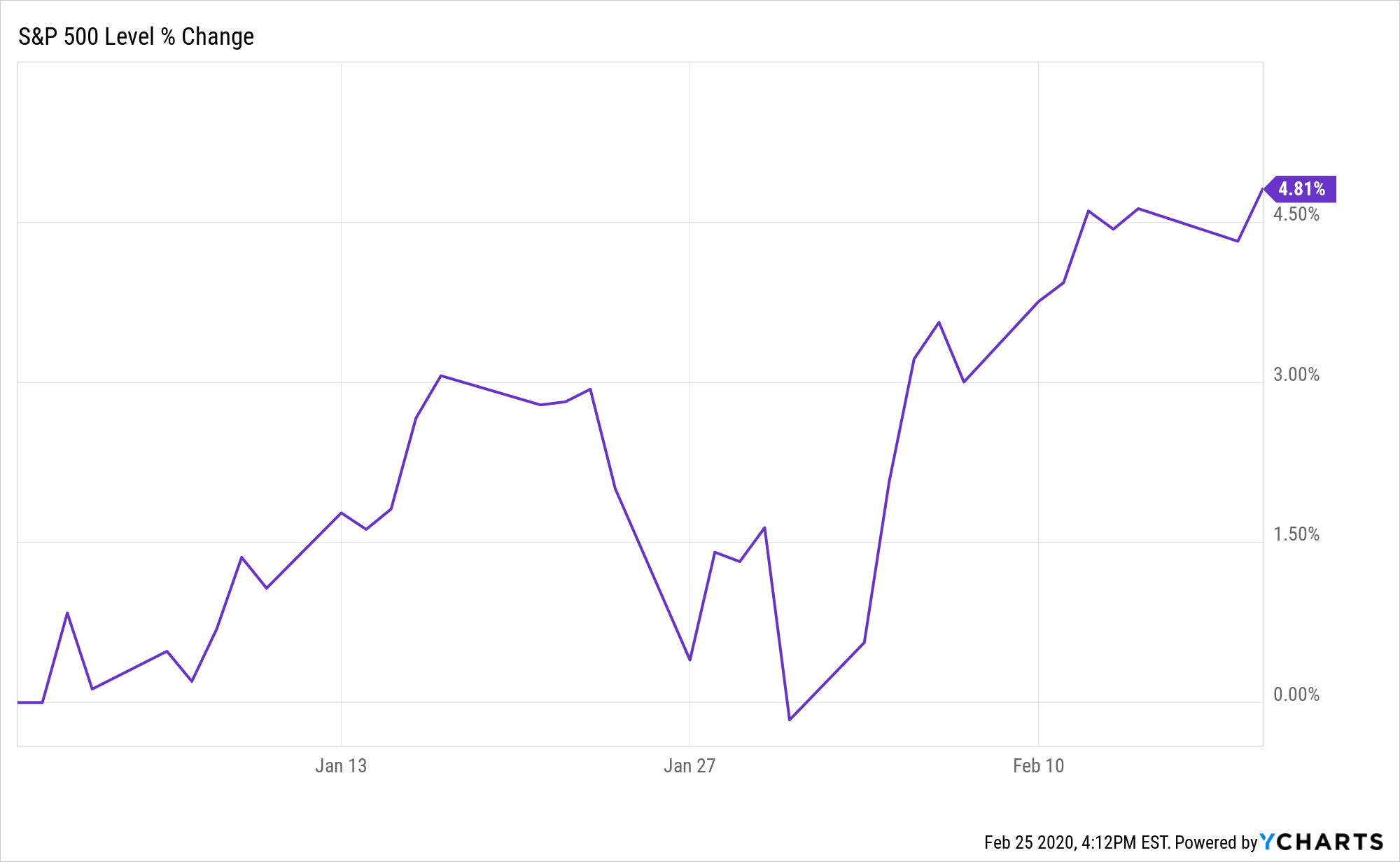 So, what happened? Well, poor news around the Coronavirus led to a “risk-off” trade that really escalated the first two days of the year and wiped out the gains for the year and then some. 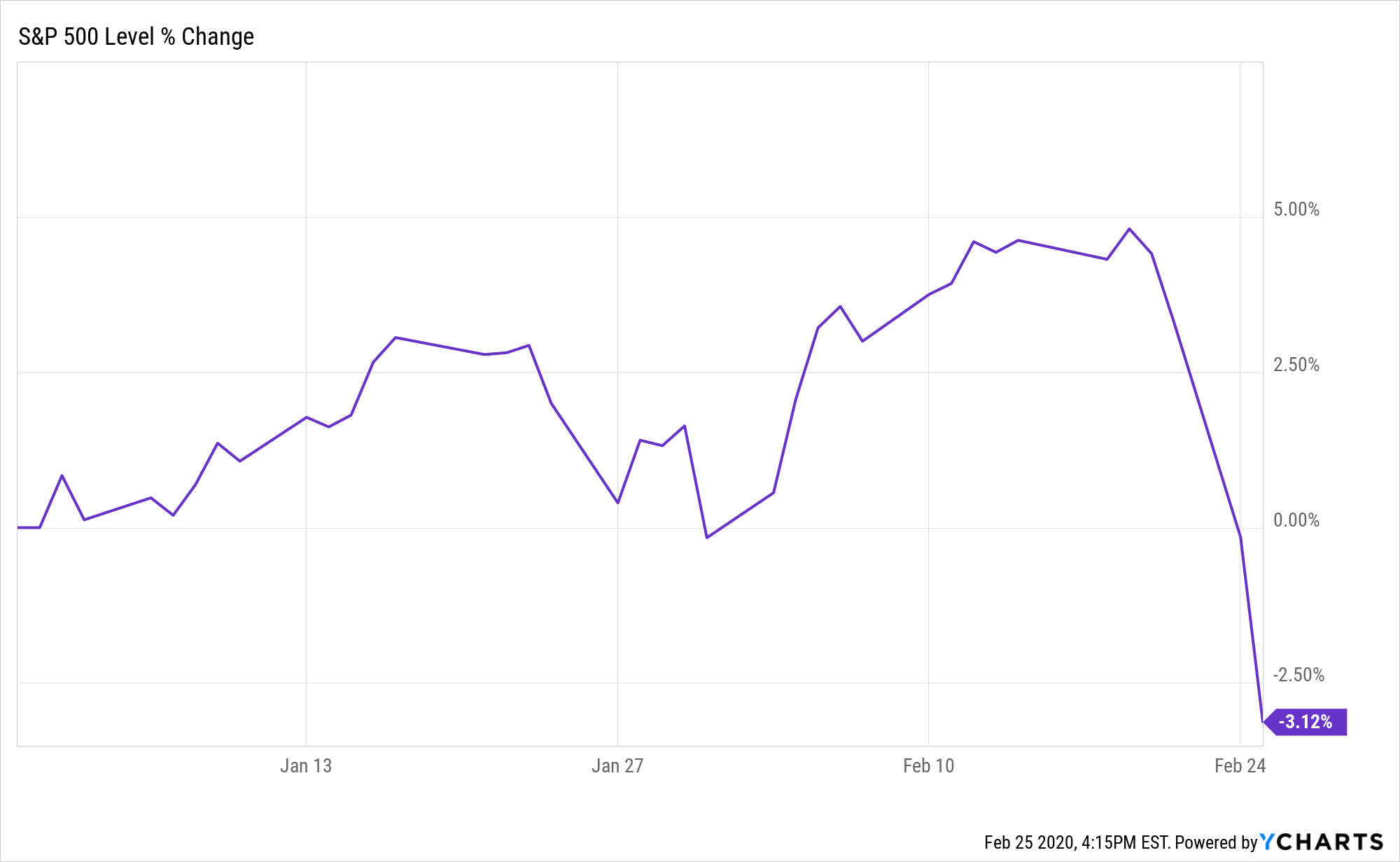 But, if you wanted to buy shares in Amazon and Apple at this time last week, why wouldn’t you want to buy it this week? If anything, they are actually cheaper to own. And this is really the point that I want to make. Markets exhibit volatility in the short term, but in the long term, it becomes a blip. Sure, growth for those companies could be lower, but if you believe in their long-term business, then you should still purchase them. Since October 1st, in almost five full months of trading, the S&P 500 is still up 6.40%. I will take that return ten out of ten times. 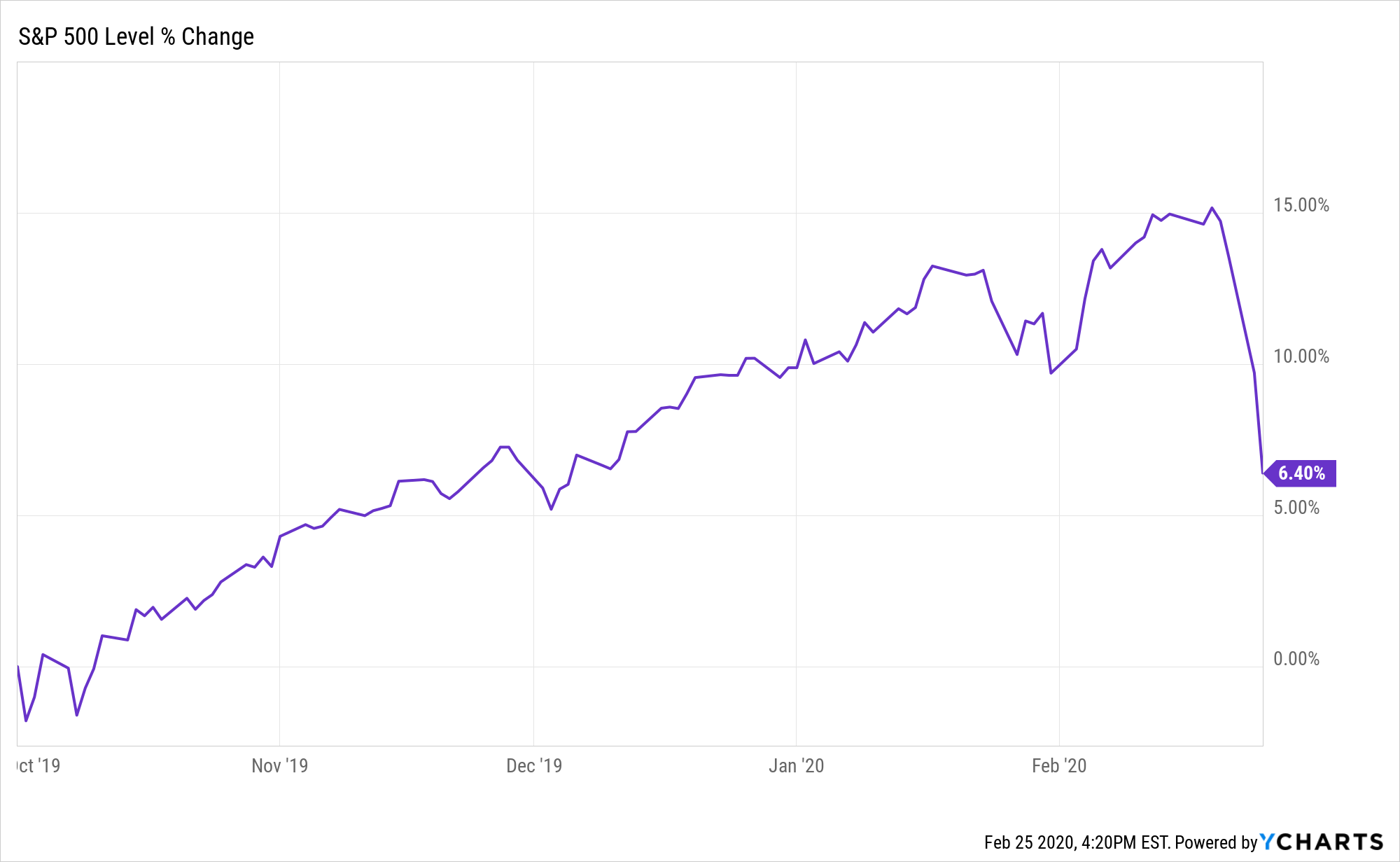 And now, to the actual piece I wanted to write.

As we briefly touched upon in our February Market Update, a big reason for the January pull-back around the Coronavirus fears was due to the role of China in the global economy. As a reminder, China accounts for about one-third of the global economic growth, more than the combined share from the US, Europe, and Japan. The saying used to be “When the U.S. sneezes, the rest of the world catches a cold,” but now it is fair to replace U.S with China. In the immediate aftermath of the Coronavirus outbreak, oil prices fell, which hurts oil-based economies (like those of the Middle East). Companies that derive a significant portion of their revenues from China, like German automakers, could see their revenues affected, which in turn would hurt the German economy. So the issue that we’re looking at now is what the longer-term impact will be to the Chinese, and subsequently, global economies.

Goldman Sachs recently cut their growth forecast of China’s GDP for the first quarter due to the weak activity, but are anticipating a sharp rebound in the next two quarters and still expect overall GDP to grow at 5.5% for the year (this is fairly in-line with pre-2020 expectations of about 6% GDP growth for China). They expect policy support alongside fiscal stimulus to help the economy bounce back.

Neighboring Asian countries have suffered as well. South Korea has seen a recent outbreak in cases, prompting analysts to predict a Bank of Korea rate cut this week (and another one later). Export oriented economies of Thailand and Malaysia are seeing their growth forecasts cut, while more domestic demand-oriented economies of Indonesia and the Philippians should remain okay provided the virus doesn’t spread there. That said, policy makers are getting ready to take action to boost the economy.  The spillover effect of bounce back growth in China will help the neighboring countries.

The longer lasting risk that we see is around supply chain disruption. Right now, U.S. and Europe produces significant amount of their goods in China, Korea, and Japan. Producers are currently winding down their inventories to meet demand, but the longer the factories are closed, or on aggregate are operating at below normal capacity, the worse the impact will be on developed economies. Should the virus be contained, (which the expectation is that it will once temperatures rise), global growth should be back on track. In fact, prior to the outbreak, it was accelerating. The broader question is that will this slowdown send us into a global recession? As of now, recessionary fears have creeped up ever so slightly, primarily due to the virus cases outside of China.

All of that said, global growth will take a hit in 2020 and currently the market is digesting it. We are not making any portfolio changes but rather are evaluating existing investments to see how they perform in a more volatile environment. As always, if you have any questions, please do not hesitate to reach out to me or any one of us here at ClearPath.